As an archery coach, Lyle Maryniak teaches his students to add precision to their shots in the dark—literally. His students aren’t who you’d typically find behind a bow and arrow—they’re all blind. 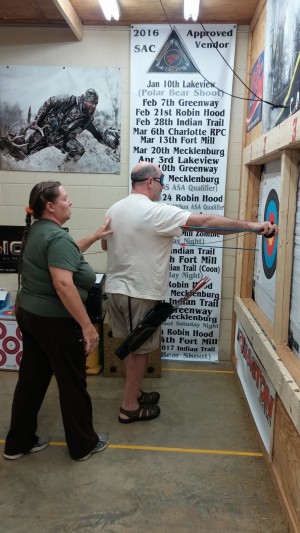 Maryniak, a lecturer in the Humanities, Social Science and Communication Department, spends his time outside of MSOE coaching archery to blind individuals. Being raised by archery shop owners and having a bow in his hands since he was 18 months old, archery was always second nature for Maryniak. That all changed in 2016 when he shot an arrow blindfolded for the first time.

“I went to get my USA Archery Level 2 Certification as a coach,” explained Maryniak. “While we were being certified, we were introduced to the mechanism used to align blind archers. It’s a stand that holds your body in place aligned with the target. Your feet are placed in marks, and there is a probe that touches the back of your hand to sight into the target. The rest is on you.”

Maryniak was asked if he wanted to try out the mechanism and shoot blindfolded. “It was an other-worldly experience for me. Something that had been second nature to me, for as long as I can remember, was now foreign.” He was able to hit the target and eventually tighten the pattern of arrows in subsequent rounds. “That was an awesome feeling!”

A year later at the 2017 Wisconsin Highland Games, Maryniak’s friend, Dan Smars, who lovingly nicknamed himself “Blind Dan,” came up to the archery area and asked if he could learn to shoot a bow. Giving people the chance to learn to shoot a bow is what the games are all about, and Maryniak was elated to be able to give Smars this opportunity thanks to the certification he earned the previous year.

“Within minutes a few of us had rigged a temporary stand and Dan was placing arrows into the target. Again, an other-worldly experience—doing something almost inconceivable.” 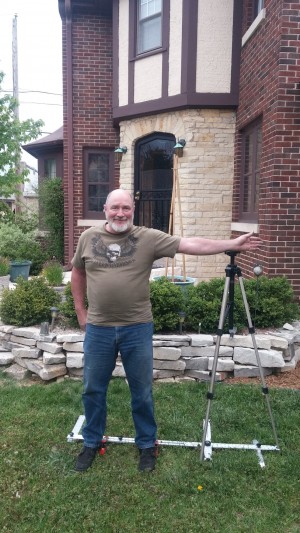 This experience inspired Maryniak to coach more archers who are visually impaired. He built a portable stand and reached out to Vision Forward to find students. In 2018 he had a team of six archers, including Smars, who competed in the Wisconsin Highland Games. Not only did they stand out at the competition, but the number one archer in the blind division would have placed third in the sighted competition.

Coaching archery allows Maryniak to share a sport he loves with others as well as empower his students to achieve a goal they previously thought was unattainable. “A personal value of mine is stewardship. I feel I am living that value every time I work with these people.”

After a pause during the pandemic, the program restarted in 2022 with returning and new members. Maryniak is proud of their progress and feels grateful to be able to work with the archers, finding they’ve taught him a thing or two along the way. “I find it an honor to be able to work with these blind archers. They have taught me resilience, humility, humor and a belief in the power of positive thinking.”

MSOE is dedicated to integrating the servant-leadership philosophy throughout the social fabric and culture of the university. Maryniak’s efforts in and out of the classroom demonstrate his commitment to serving others with integrity and humility while encouraging excellence and growth in others. “I find it an honor in working with MSOE students. I have spent a career developing leaders. They work hard and are eager to learn.”

Learn more and watch Maryniak work with his team of archers.