Dr. Medhat Khalil, director of professional education and research development in MSOE’s Applied Technology CenterTM, was inducted to the Fluid Power Hall of Fame by the International Fluid Power Society (IFPS) in honor of his contributions to the fluid power industry.

“The Fluid Power Hall of Fame recognizes the lifelong contributions of individuals whose innovative ideas, entrepreneurial spirit and hard work have significantly contributed to the continuing success of the fluid power industry,” said Rocky Phoenix, CFPMMH, Hall of Fame committee chair. “The inductees for the 2021 were selected from a slate of outstanding candidates and I am, along with the selection committee, truly thrilled to honor these visionary and impactful leaders.” 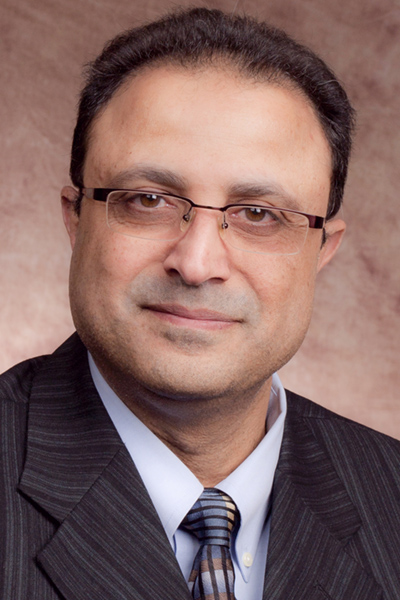 Khalil is in his 16th year at MSOE and is a recognized authority on the design and construction of universal fluid power trainers. He originally developed the trainers under a grant from the Center for Compact and Efficient Fluid Power in 2009. Since that grant, Khalil has contributed to the specification and commissioning of training labs for MSOE, Concordia University’s Fluid Power Research Lab, Egyptian Iron & Steel Company’s Hydraulic Training Center, and the Giza, Egypt, Civil Aviation Authority’s Fluid Power Training Lab. He has authored five books on fluid power components, systems, fluids and contamination controls as well as numerous periodical articles. Khalil has served as the International Fluid Power Exposition’s chair of the education committee in 2017 and 2020. He was awarded the Otto Maha Pioneer in Fluid Power Award in 2012.

Khalil is fluent in Arabic, English and French, and has taught fluid power courses to industry professionals for over 20 years in the United States, Canada and the Middle East. He has developed and copyrighted software programs for analyzing and training on hydraulic systems. Khalil’s doctoral thesis for Concordia University in Montreal is the patent-pending “Double Swash Plate Axial Piston Pump with Valve Ring Concept.”

Fluid Power Hall of Fame nominations were open Jan. 1 – April 15, 2021, to any individual, living or deceased, who demonstrated excellence within their 25+ year Fluid Power career. A seven-member selection committee, from diverse segments of the industry, chose these inductees based on their contributions to the fluid power industry using a subjective and objective evaluation system. Khalil was among nine industry leaders, two posthumous, inducted into the 2021 Fluid Power Hall of Fame.